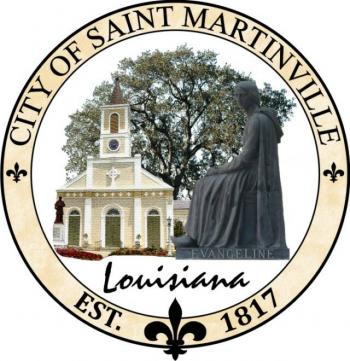 It appears likely that the widow of the late Ike Robertson, who represented St. Martinville’s District 5 on the City Council, will fill her husband’s seat until a special election can be held.
Mayor Thomas Nelson told the Teche News that before his passing, Robertson had asked that his wife, Margaret, be offered the temporary position, and that he (Nelson) would recommend that the council honor that request.
State law requires that the city submit the name of a replacement to the governor’s office within 10 days of the death of an official.
The council must concur with the mayor’s recommendation and Nelson said he expects the unanimous approval of the remaining four council members.
In most instances, the governor concurs with the recommendation of local officials and it is not unusual for the spouse of a deceased member of a governing body to serve as a temporary replacement.
Clerk of Court Becky Patin says that under Louisiana law if more than one year remains in the deceased official’s term a special election must be called to select a permanent replacement. Robertson’s term runs to June 30, 2018.
The state has set March 25, 2017, as the date for any special elections needed and that will likely be when the election will be held to choose Robertson’s successor.