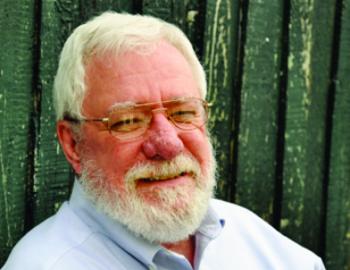 There were a few dirigibles around in 1897, but they weren’t very common and they weren’t very sophisticated, so was this thing some guys saw after a late night of drinking too much cheap booze really a UFO?
The New Orleans Picayune was the first to report, on April 21, 1897, that “a gay crowd” going home about 1:30 in the morning from a party in Natchitoches was “treated to a strange sight coming from the western heavens.”
That spectacle “consisted of a massive airship, the first story being of balloon shape, and the undercar being of conical or cigar form” that at first “seemed but a faintly animated spark” but grew brighter as it got nearer until “its entire form was clearly perceptible.”
The Picayune claimed, “It was evidently a machine of unique invention … and bore striking resemblance to the movement of some huge bird. It was visible, though about a thousand feet high, for nearly half an hour and was a rare curiosity to those who had the good fortune to witness the phenomenon.”
The hometown paper in Natchitoches noted the sighting in its April 23 edition, and gave its explanation of the rare curiosity: “Some of the boys who attended [the party] smelled of something other than cosmetics, and would have required garlic and assafoetida [a stinky herb] to tone down their breath. … Some of our topers complained about the meanness of drug store whiskey … but if this dispatch is true, the saloons have ‘seen’ the drug stores and ‘gone them one better.’”
But the revelers in Natchitoches weren’t alone. The mystery ship had been seen at least a week before. A report from Aurora, Texas, claimed an airship crashed into a windmill there, mangling the pilot beyond identification. Witnesses claimed he (it?) was “definitely not an inhabitant of this world.” That story, however, was an exception. Secretive human inventors, not men from Mars, were the more usual suspects.
The Dallas paper reported on April 19 sightings in at least 20 different places, but said “the plainest and most circumstantial statement … comes from Stephensville, Erath county,” where “a prominent farmer, ran into town and reported that [an airship] had alighted on his farm, three miles from town and was there resting and making repairs.”
A delegation of stalwart, sober, citizens rushed to the farm and found a machine that “consists of a cigar-shaped body, about sixty feet in length” with “an immense wheel at each end, in appearance much like a metallic windmill.” The citizens also found two men, who gave their names as S. E. Tillman, and A. E. Dolbear, and said they were “making an experimental trip” backed by “capitalists of New York.” They said they were “confident that they have achieved a great success, and that in a short time the navigation of the air will be an assured fact.”
But Tillman and Dolbear wouldn’t let the Stephensville crowd get too close to their machine, and “rapidly made the necessary repairs, boarded the ship, and bidding adieu to the astonished crowd … rose gently into the air.”
A later report in the St. Louis paper may give a clue about why the crowd was kept away. “The airship sighted on the West,” said the St. Louis Republic, “is a fake. The aerial monster was manufactured originally in New York of papier mache [sic] and ordinary balloon material to advertise a certain brand of cigarette. When it was set free at Denver some wine merchants infringed the patent and made papier-mache airship for their own use. That is why the airship has been seen at so many places. …. The whole thing is a clever advertising dodge, invented jointly by parties in New York and Chicago.”
That claim still didn’t quell the rumors. Shortly after it came out, the Picayune reported a “sighting” in New Orleans.
“At 12.30 o’clock this morning Camp street in the vicinity of the newspaper offices was roused by an unearthly call of ‘There it is’ and as quick as a flash the man who saw it disappeared up a stairway. … He had seen the airship, so he told his colleagues on the papers, and instantly every window … was filled by the newspapermen and printers, all searching the heavens. … As he described what he had seen everybody craned their necks and looked and looked, but they looked in vain, for there was nothing to be seen but the blue ether of night, dotted here and there with a twinkling star.”
According to the Picayune story, “The two supposed navigators of the airship, Dolbear and Tillman … were supposed to have been in the city last night. Their names were registered at one of the hotels but it was in all likelihood a hoax, as cards sent to their room failed to get any response.”