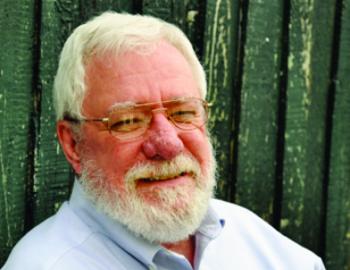 This is the time of the year when warm air from the Gulf and cool fronts from the North clash in south Louisiana, so it is not entirely a surprise that the Easter Bunny needed his fur coat on Easter Sunday, April 4, 1920, or that the souls who were brave enough “to cast aside … heavier wear and don the glad rags of Easter” suffered for their vanity.
“The wind whipped to the northwest and blew great guns all day, the dust following every passing automobile or vehicle in a cloud,” according to the Opelousas Star-Progress, and “as the day grew on the temperature continued to drop.”
The Star-Progress reporter said “the most ludicrous part” of the frigid weather “was the spectacle of those brave souls who wished to follow the fashionable throng and come on out on Easter Sunday all decked out in new spring clothes – straw ‘lids,’ linens, Palm Beaches, and all the balance of the gay attire that indicates that the human animal accepts nature’s dictum that spring is really here and [it is] time to doff the heavy, sombre raiment of winter.
“The few who were brave enough to cast aside the heavier wear … simply shivered in the chilling blasts and the very few who faced the music of the chilling wind in linens or Palm Beach just simply wished they hadn’t.”
The most comfortable people, according to the reporter, were folk who were “financially unable to stand the early strain of buying new ‘duds,’” and who “appeared in the same old costumes – not so handsome, ’tis true, but much better, protection against the biting cold blowing from somewhere in the frozen northland.”
Despite the chill and wind, “most people remained outdoors the better part of the day and our streets were much in use,” according to the other Opelousas newspaper, the St. Landry Clarion.
On Easter Monday, “a light skin of ice was noticeable to those who rose early and looked for the frozen breath of the Ice King,” the Star-Progress reported. Old weather records show it was 33 degrees at Lafayette at sunrise on April 5, 1920, and Opelousas, north of Lafayette, is generally a few degrees cooler.
The Welsh Rice Belt Journal reported, “Sunday was Easter Sunday and we cracked eggs. Monday was a cold day and we cracked ice.” Nonetheless, damage was mostly to pomp and pride, according to the reports.
“If any material damage has resulted from the late freeze, that fact has not been made known,” the Star-Progress recorded. “Gardeners and truckers took the precaution to cover and otherwise protect, as much as possible, the tender plants that they had already set out in the open ground.”
And the writer acknowledged that the folks in new finery could still get the last laugh.
“So changeable … [are weather’s] whims in this latitude, particularly at this time of the year, that perhaps before this appears in print the … ones who laughed at the straws and linens last Sunday will have another laugh coming, for perhaps and maybe for sure the rays of old Sol will be so searching that the lighter clothes will be very much in demand, and the brethren of the old winter finery will be cussin’ and sweatin’ and writhin’ under the torturing weight of the heat producing load.”
Chilly Easters have visited south Louisiana regularly, of course, particularly when they come early in the spring, but that apparently has not deterred its celebration. In 1920, the Clarion noted a record Easter Sunday church attendance, and in March 1874 a writer from Port Barre recorded a similar Easter, “cold, cloudy, and windy,” with “thin ice” on the following morning, but continued, “notwithstanding the inclemency of the weather the sale of church pews exceeded that of other years.”