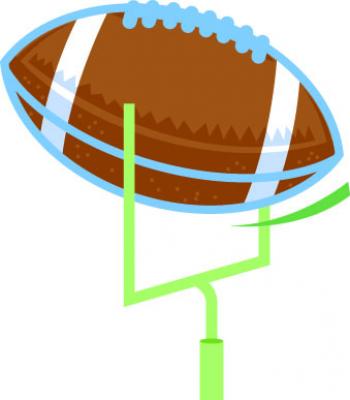 The 2016 high school football season has reached the halfway mark and the District 5-4A campaign begins Friday for the league’s five teams.
And the top match up of the opening round will be the showdown between parish rivals Breaux Bridge and St. Martinville in The ’Ville Friday.
Cecilia jumps into the district race with a trip to Abbeville after an impressive win over Class 5A Lafayette last week.

BB at St. Martinville
Both teams are coming off tough losses with The ’Ville coming up short in a shoot out with Ellender and Breaux Bridge falling to unbeaten Carencro.
With sophomore Markavon Williams getting his first start at quarterback for St. Martinville, the Tigers struggled offensively, turning the ball over six times. Williams was intercepted five times although coach Vincent Derouen says three of the picks really weren’t his fault.
“There was some miscommunication on the part of our receivers and one of the picks came off a tipped ball,” Derouen says. “He really didn’t play that badly and we’re going to stick with him this Friday.”
Starter Jared Davis did not dress out for the Ellender game and Derouen says his family reports that Davis has been sick. “We’ll see if he’s here at practice today (Monday),” the coach added.
Derouen said his staff knew the team would have trouble with Ellender’s passing attack and the Patriots piled up 331 yards and three touchdowns through the air.
“Markavon is one of our key defensive backs and we had to make adjustments since he was starting at quarterback,” the coach points out. “And Ellender has some very athletic receivers. But our kids came up with four interceptions and they played hard.”
“Breaux Bridge has lost to some real good opponents,” insists Derouen. “They’ve got some good talent, especially on offense, and this game is always a big rivalry. We’re looking forward to the challenge.”
It’s widely acknowledged that Breaux Bridge’s pre-district schedule was one of the roughest in the area. The four teams The Bridge has lost to – Carencro, Teurlings, Rayne and Notre Dame – own a combined record of 18-2 at mid-season.
The rugged run has left the Tigers with their worst start since 1996 when the team lost its first eight games before finishing 1-9.
“It’s been a brutal five weeks,” coach Terry Martin admitted Monday. “But we’re seeing some good things even though our running back situation is really thin,”
Junior tailback Malik LeBlanc suffered a severe leg injury against Carencro and may miss the rest of the season.
Sophomore QB Cole Mouton replaced junior Julian Leon early in last Friday’s game and finished with 12 completions on 18 tosses for 104 yards.
“We’ve been giving them equal reps in practice and had planned to use Cole more as the season progresses,” Martin said Monday.
The BB coach feels that Carencro was one of the most talented his Tigers will be facing. “They’re so strong and deep at running back,” he says. “Our pursuit on defense was good, but those backs are just so talented.”
Looking ahead to St. Martinville Martin sees a very physical team with a supply of good athletes.
“That No. 3, Deontre James, is someone you’ve got to be aware of on every play,” he says. “This is always a good rivalry,” he adds. “I’m hoping we have a good week of practice.”

Cecilia at Abbeville
The Bulldogs bounced back from losses to Crowley and St. Louis with a solid 25-3 victory over the Lafayette Lions last week.
Junior running back Devin Briscoe saw his first start since suffering a knee injury in pre-season practice and responded with 81 yards on a workhorse 17 carries.
“He really looked good,” says coach Dennis Skains. “He sure wasn’t missing much from sitting out the first four games. It’s good to get our running backs (including Kentrelle Jones and Ryan Malbrough) all ready for action.”
The Bulldog passing attack continues to hum, with senior QB Corey Williams hitting on 11-of-24 tosses without an interception for 168 yards and a touchdown.
Cecilia didn’t give up any turnovers but did get flagged 10 times for 115 yards. “Every week we focus on penalties,” Skains says. “I do think we’re getting a little better in that area.”
The Bulldog defense limited the Lions to an early field goal and Skains feels the unit has really been improving over the past several weeks.
Abbeville starts district with a 1-4 record after picking up its first victory last week, a close 22-21 win over North Vermilion.
“They run a veer offense and it’s always aggravating to try and prepare for that,” says Skains. “It’s very hard to duplicate in practice.”
The Bulldogs continue to have a very positive attitude despite their 2-3 record. “I’m confident we have the talent to win,” says Skains. “And I can see where we’re getting better each week.”