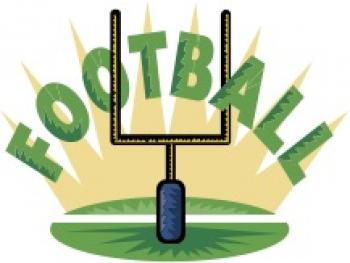 All three parish teams suffered disappointing losses last week on a stormy Friday night. St. Martinville experienced its first defeat while Breaux Bridge and Cecilia both slipped to 1-2.
The three District 5-4A schools continue their pre-league schedules this Friday against foes of varying talent.

SMSH – Opelousas
Coach Vincent Derouen still felt Monday that his Tigers let one slip away when they lost to Eunice 20-16 last Friday.
“It’s a bitter pill to swallow,” he said. “We shot ourselves in the foot and we still don’t have that ‘killer instinct’. Hopefully this will serve as a wake up call for some of our kids.”
A breakdown in the kicking game and several costly penalties repeatedly stymied the Tigers. The defense played hard and came up with two fumble recoveries but suffered a late game slump that allowed the Wolves to rally from a 16-13 deficit.
Senior QB Jared Davis was sacked several times and Derouen said coaches were looking hard at game film for ways to correct that.
“I think he might be too worried about throwing an interception,” Derouen suggested.
“It was an ugly game played on a sloppy field and I wish we could play it again,” Derouen added.
The Tigers will now be without offensive lineman Draylon Narcisse who is dealing with health issues. “And we’re not very deep in that area,” worries Derouen.
A struggling Opelousas team brings an 0-3 record to St. Martinville, having lost to Eunice, Lafayette and Madison.
“But we can’t take the lightly because they play tough and hard,” says Derouen.

BBHS at Teurlings
“The night started off bad,” recalled coach Terry Martin about last Friday’s game against Rayne. “The weather delayed the game for more than an hour and then it rained for much of the contest.”
The Tigers ended up coming up short in a 28-21 loss to the undefeated Rayne Wolves. “They’ve got some talented athletes and they hit three long balls on us that really hurt,” he added. “And then we got inside their 15 three times and couldn’t score.”
But Martin was pleased with his team’s improved running game that produced 228 yards. “Our offensive line really did well and (QB) Julian (Leon) made some good decisions.”
Return specialist/receiver Sa’barian Alexander went down with a sprained ankle during the game and is a doubtful starter for this week’s contest. But junior lineman Tommy Prade, who is also nursing a sore ankle, might be back in the lineup.
The Tigers face another tough foe when they travel to meet Teurlings Catholic Friday.
The Rebels are coming off their first loss of the year, a 34-14 defeat at the hands of Notre Dame.
“Their quarterback is a great athlete and they’re running the ball a little more,” says Martin. “They beat two good teams in Calvary and Shaw, so we’ll have our hands full.”
“Our goal,” Martin added, “is to continue improving with each game. We’ve got a really tough non-district schedule but we’re looking to be better by the time district rolls around.”

Cecilia – St. Louis
Mental errors played a big part in Cecilia’s disappointing 18-13 loss to Crowley last week says Bulldog coach Dennis Skains. “And I could have done a better job coaching,” he added.
“But our kids played so hard, I was really proud of their effort. The defense had several red zone stops,” Skains says.
“But you have to give Crowley credit, they made some great plays.”
Turnovers and penalties hurt the bulldogs and QB Corey Williams struggled a bit in the passing game.
“But he had a great throw on that 69-yard TD pass to Noah Livings,” Skains pointed out. “And Livings made a great catch. He’s got the talent and we expect big things from him.”
Livings scored Cecilia’s only other TD on a 77-yard kickoff return.
Skains said junior running back Devin Briscoe (sore knee) will see some non-contact work in practice this week and will hopefully be back in the lineup for next week’s Lafayette game.
St. Louis of Lake Charles comes to Cecilia with a 1-2 record that includes losses to undefeated Rayne and 5A power Barbe.
“They’ve played a really tough schedule,” observes Skains. The Saints have averaged only 12 points per game but Skains says it’s hard to judge the effectiveness of their offense considering the quality of their early opponents.
“They’ve definitely got some talented players,” he says.
This week the Bulldogs will again be looking for ways to reduce game time mental errors.