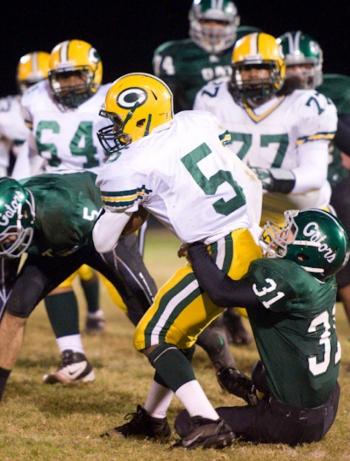 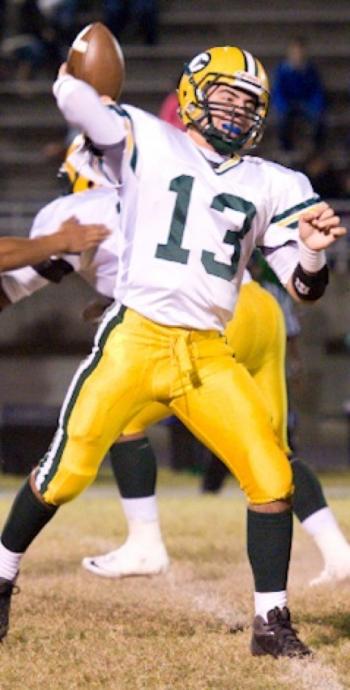 The Cecilia Bulldogs wrapped up a hard luck season with an uplifting 41-34 victory over South Terrebonne here last Friday.

The wild shoot out saw the lead change hands six times over the course of the contest.

Sophomore speedster Raymond Calais Jr. had the best game of his young career, rushing for 174 yards and three touchdowns along with two pass receptions for another 101 stripes and a fourth score. Two of Calais’ TDs came late in the game after the Gators had built a 34-27 lead.

His ball carrying effort raised his season total to 1,195 yards rushing with 13 touchdowns. Over the season he also had a TD reception and ran back a punt for a score to account for 90 points, tops in St. Martin Parish.

The Gators struck for back-to-back touchdowns in the closing minutes of the first period to forge a 14-0 lead.

But Cecilia battled back early in the second stanza with Calais striking for TD runs of 6 and 29 yards. But a missed extra point left the Bulldogs trailing 14-13 at intermission.

The ’Dogs opened the second half with a 61-yard TD pass from sophomore quarterback Landon Roberts to junior Damien Bernard. Roberts then found Damon Patt open for the 2-point conversion to put Cecilia into a 21-14 lead.

But the Gators responded with two more third quarter scores, both by Christian Wallis, who led the South Terrebonne offense with 97 yards rushing and one catch for 28 yards.

Wallis bulled in from the one at the 8:53 mark of the period and added a 24-yard TD late in the stanza to put the Gators up by 26-21 going into the final quarter.

Cecilia regained the lead on a 2-yard run by Damon Patt, but two minutes later Gator Jermaine Washington scored from the one to help put South Terrebonne up by 34-27 with 7:16 to play.

The Bulldogs wouldn’t quit, and Calais got loose for a 44-yard touchdown at the 5:19 mark. Tyler Doucet’s PAT kick knotted the score at 34-all.

Nearing the 2-minute mark, Roberts connected with Calais for a 72-yard bomb that sealed the victory for the Bulldogs.

Senior running back Damon Patt finished up his Bulldog career with 51 yards and a touchdown on 13 rushes. He also caught a pass for a 2-point conversion.

Roberts threw for 175 yards, two TDs and the conversion, completing 6-of-11 tosses with one interception.

The Bulldogs finished with a 2-8 season record and brighter prospects for the 2014 season.

South Terrebonne concluded its season at 5-5 with a 3-1 worksheet in District 7-4A.