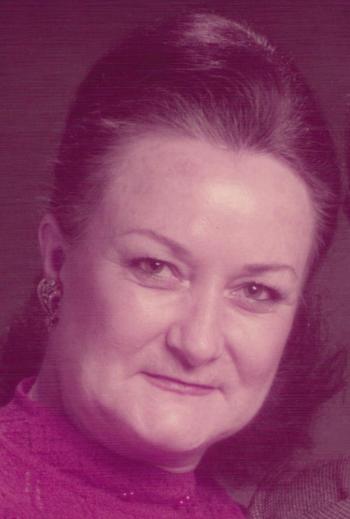 Sulphur – Lillie Guidry Landry, 89, of Sulphur, Louisiana, passed away suddenly at her home on November 2, 2017, with her loving family by her side.
Lillie was born to John and Esma Guidry on May 10, 1928, in Breaux Bridge, Louisiana. She graduated from Breaux Bridge High School in 1946. In 1947 she married Patrick Landry of Breaux Bridge and in 1950 moved with her husband and two daughters to Honolulu, Hawaii with her husband’s job after his graduation from SLI, now UL in Lafayette.
She returned to the United States in 1953, relocating several times, both to Colorado and Texas before settling in Sulphur in 1956.
She enjoyed spending time in her yard especially growing beautiful flowers and plants of all species. Lillie was a gifted artist who donated her time with others to paint a mural at Holly Hill Nursing Home. Her love of cats seem to bring many strays who never left her side.
Those to chersih her memories are her husband of 70 years, Patrick Landry; her three daughters, Bonnie Perkins of Lake Charles, Pam Culpepper of Sulphur and Robyn Lebato and son-in-law Rick Lebato of Lake Charles. Lillie has three grandsons, Chad and Ryan Perkins of Austin, Texas, and Len Culpepper and daughter-in-law Donna of Allen, Texas. She has a great-granddaughter, Lillian Culpepper of whom is named after her. She is also survived by one brother, Raymond Guidry of Breaux Bridge along with a host of nieces and nephews.
Lillie was preceded in death by her parents, John and Esma Guidry; a sister, Janelle Landry; twin great-granddaughters, Reagan and Bailey Culpepper and son-in-law Bill Culpepper.
Honoring Lillie as pallbearers are her grandsons, Chad, Ryan and Len, and son-in-law Rick Lebato.
Her funeral service was held at 1 p.m. on Monday, November 6, 2017, in Hixson-Sulphur Memorial Chapel. Celebrant Jody Barrilleaux officiated. Visitation was from 8:30 a.m. until the time of service in the chapel at the funeral home. Burial was in Mimosa Pines Cemetery in Carlyss, under the guidance of Hixson-Sulphur Memorial Funeral Home in Sulphur. Words of comfort may be shared with the family at www.hixsonfuneralhomes.com.
In lieu of flowers, the family request donations be made to The American Heart Association and Hobo Hotel for Cats.