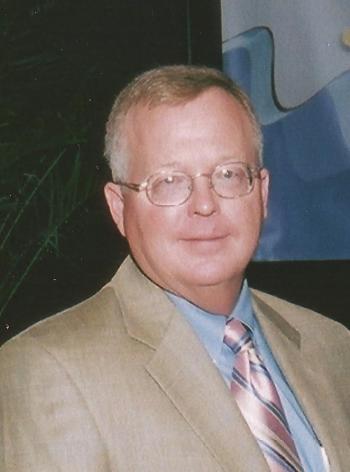 A Mass of Christian burial, officiated by Father Donovan Labbe, for Donald Ray “Don” Terry, will take place on Saturday, September 17, 2016, at 10 a.m. at St. Joseph Catholic Church in Parks.
A Rosary will be recited prior to the service. Burial will be in the Natchez City Cemetery at 9 a.m. on Saturday, September 24, 2016. A gathering to celebrate Don’s life will also be held on Saturday, September 24, from 10 a.m. to 1 p.m. at Comfort Suites, 100 Front Street, Vidalia, LA.
Don passed away at home on Wednesday, September 7, 2016, surrounded by family.
Those left to cherish his precious memory are his wife, Mary LeBlanc Terry of Parks; a son, William “Forrest” Terry of Agra, Okla.; two daughters, Stephanie M. Badeaux and her husband Joey of Breaux Bridge, and Caitlin E. Johnson and her companion Vanessa Russell of Prairieville; one brother, Weldon “Dickie” Terry and his wife Mary of Teague, Texas; a grandson, J.J. Badeaux of Breaux Bridge; his mother-in-law, Verna H. LeBlanc of Breaux Bridge; and two fur babies, Cleopatrick and Sir Winston.
He was preceded in death by his beloved parents, W. D. “Dick” Terry and Elner Burnham Terry of Vidalia; his father- in-law, Lee Roy LeBlanc; brother-in-law, Dennis LeBlanc; and his dear friend, Mildred Carter of Natchez.
Don was born in Shreveport and lived there until the family moved to Vidalia during his preteen years. He graduated from Vidalia High School and Louisiana Tech University in Ruston with a degree in finance, banking and investments. He worked in the banking industry for 13 plus years as a loan officer and branch manager. He also served as Executive Director of the Haynesville, La. Chamber of Commerce and Main Street Program.
In 1994, Don became the first Executive Director for the St. Martin Economic Development Authority (SMEDA). He was also an executive analyst for George S. May Business Consultants in Chicago, Ill., and worked for the Governor’s Office of Rural Development as a field coordinator.
He retired from the Entergy Corporation in 2010, where he worked as a community developer. Don worked with 24 Entergy Team Cities in 20 parishes throughout the North Louisiana Service Territory. He worked closely with legislators, mayors, local economic development organizations and a host of volunteer citizens who wished to improve the quality of life in their towns.
He had a thorough knowldge of historic preservation. Don purchased and restored two antebellum homes in the Natchez, Mississippi downtown historic district. The first, at age 22 in 1976, an 1840’s Creole-styled duplex currently being operated as a Bed and Breakfast under the trade name of “The Elephant’s Ear.” In 1978, he purchased a three-story 1855 Greek Revival townhouse, known today as “The Orchard.” He also served on the Tacony House (Vidalia) Restoration Committee as a lead researcher for the project. In 1979, he purchased, restored and maintained the family’s ancestral home, Burnham Plantation, in Claiborne Parish. He was also instrumental in the restoration of the Herbert S. Ford Museum in Homer and The Shadows, Minden. In 1997, he purchased and began restoration of an 1880’s two-story commercial building at the corner of Main and Bridge Streets in St. Martinville.
Don chaired various fundraisers for community projects including Old Town Cemetery in Haynesville. He originated and coined the term “A Night At The Fair,” a fund raising event to construct a community center in Haynesville; and also originated and coined the term “Cajuns, Cousins, and Cuisine” as a fund raiser for the Acadian Memorial. He served as co-chairman of the event.
He supported tourism and served on the following boards: Shadows Restoration Committee (Webster Parish), Claiborne Parish Tourist Commission; and St. Martin Parish Scenic Byway Committee. He organized and co-chaired “March Thru Claiborne” tour of historic homes and was a state director for the Louisiana Recreational Trails Program, Gov. Office of Rural Development.
Don was a great contributor of community service and served on the advisory committee, Louisiana Technical College, Region 8; Board of Directors, West Monroe Chamber of Commerce; West Monroe Kiwanis Club, co- chair, Rivertown Awards – Ouachita Parish; Ouachita Parish Heart Association, sponsorship chairman, vice chairman and chairman; St. Martinville Rotary Club, publicity/newsletter editor; Acadian Memorial Board of Directors; Piney Hills Regional Tourism Board of Directors; North Claiborne Hospital Board of Commissioners; Haynesville Housing Authority grant writer; Haynesville Chamber of Commerce Board of Directors, President, 1987; Claiborne Parish Industrial Development Foundation; Claiborne Parish Fair Association Board, secretary; H. S. Ford Museum, Homer, La., Board of Directors; North Louisiana Historical Association Board of Directors and many others.
He was also a historian and did extensive research in the history of North Louisiana and St. Martin Parish. He cherished the elderly and served on the Louisiana Executive Board for the Aging.
Don was a great cook. Serving lunch for two or 200 was no problem for him. It was not unusual for Don to prepare and deliver an entire meal for the sick, elderly or someone who just needed a kind gesture. He loved creating beautiful landscapes. He and his wife, Mary enjoyed scouring the countryside in search of a new antique. He thoroughly enjoyed family get togethers with the Burnham, Terry and LeBlanc familes.
Funeral arrangements have been entrusted to Evangeline Funeral Home.