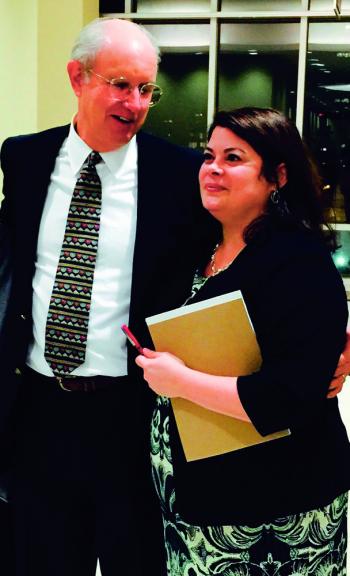 State District Judge Wilson Fields Monday denied a motion for a new trial in the suit by landman Dan Collins, who was awarded $750,000 for ill treatment by the Louisiana Department of Natural Resources after he complained about corruption and environmental damage in a DNR dredging project.
Fields presided over the trial last December in 19th Judicial District Court here.
The state has a 30-day window in which to appeal.
Collins, who performed professional landman services for DNR, testified during the trial that the agency used over a million dollars of Atchafalaya Basin Program money to dredge a canal for private oil and gas interests under the guise of improving water quality in Bayou Postillion. He said further that his assertions fell on deaf ears in the offices of the state’s inspector general and attorney general.
Collins testified in December he began losing jobs with DNR after making the complaints.
“Interestingly, the corruption identified in the case does not seem to be the issue with the state,” Collins said after the April 18 hearing. “They are instead trying to declare I was not a public employee [therefore having no standing as a whistleblower]. No reference to the environmental violations, corruption and scandal that was uncovered and has been left unchecked and un-investigated.”
“Part of the argument was that the evidence didn’t support the jury’s determination that he was a public employee, but it was a unanimous decision on that element,” said Collins’ attorney, Crystal Bounds with the law office of Jill L. Craft.
“All 12 members of the jury found that he should be treated as a public employee versus an independent contractor,” Bounds said.
She also noted that the state has not challenged the environmental violations, corruption and scandal that were testified to during the trial.