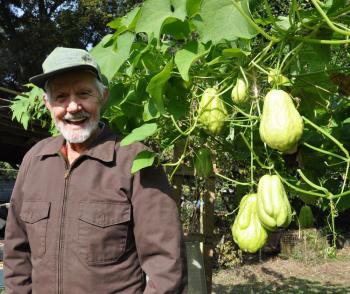 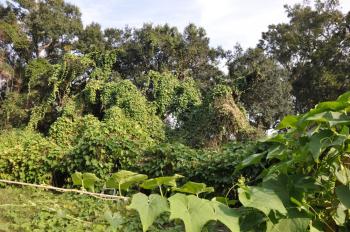 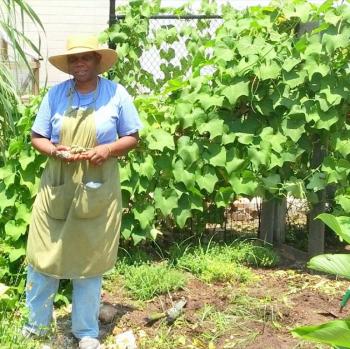 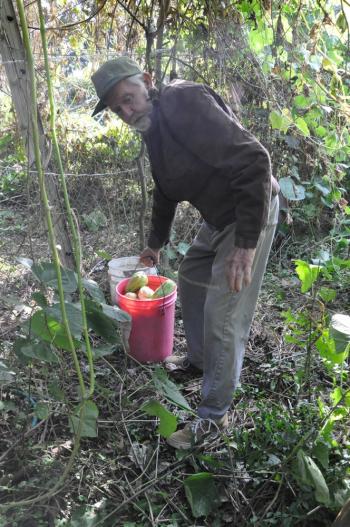 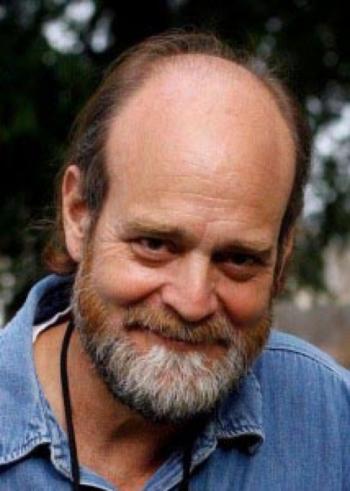 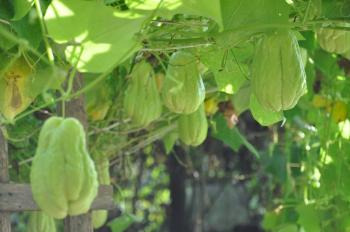 A lifelong gardener, Joseph “Black” Boudreaux has preserved an heirloom variety of mirliton, a succulent gourd with tropical origins.

Now the mirliton has returned the favor. Mirliton lovers in New Orleans have named his classic, pear-shaped, chartreuse fruit the Joseph Boudreaux variety, which is being spread across that city in back yards, courtyards and neighborhood communal gardens.

Boudreaux, 86, says he picked up the hobby from his grandmother.

“We lived on Cemetery Highway in St. Martinville, right across from the armory hall,” he remembers. “She used to grow ‘em. I was just a little kid.”

Boudreaux now lives in a rural neighborhood off Duchamp Road where for years he maintained a huge and varied vegetable garden, tending it literally from dusk to dawn. Now, cutting back, he’s down to some pepper plants, a few stalks of old-timey purple sugar cane, and a sea of mirliton vines springing from, he says, about five plants. His mirlitons hang from rope trellises forming tunnels dripping with the gnarly green gourds. They grow 50 feet up into the trees across the back lot, transforming the yard into a Central American jungle.

Sechium edule apparently originated in tropical Mexico or Central America. It’s commercially known as chayote, from chayohtli, what the Aztecs and other Central American Indians called the fruit. The conquistadores spread it all over the tropical world, including New Orleans, where mirliton aficionado Dr. Lance Hill says the plant was well established by 1867.

“The ‘backyard mirliton vine’ was a staple of New Orleans homes,” Hill writes. “It was a very ‘sociable’ vegetable in that its abundant yield and small commercial market helped create a tradition of backyard growers giving mirlitons to neighbors and ‘sacking’ fruit under the sink to give sprouted seedlings to new growers.”

After Hurricane Katrina destroyed all of the plants in the flooded areas of New Orleans, Hill, a Tulane University-based race relations researcher, began a project “to renew the tradition of backyard mirliton growing.”

In 2007, Hill and others started “Adopt A Mirliton,” a program to locate growers of traditional Louisiana heirloom mirlitons and re-seed New Orleans with these varieties. By 2010 the program had led them to Boudreaux.

In 2011, three container plants of the Joseph Boudreaux variety were donated to Sun Harvest Garden in New Orleans, a small community garden run by Pam Broom, a community activist and urban farming advocate. The Boudreaux plants were very prolific and Broom has since distributed some of the fruit as seed to other gardeners in the area.

“One of the things that inspires me most about receiving mirliton plants from Mr. Joseph Boudreaux is that, thanks to him, I am experiencing growing a beautiful, sweet and delicious variety in the heart of the city of New Orleans,” says Broom.

For more information about the propagation of this classic Louisiana plant, recipes and a blog, see Mirlitons.org.