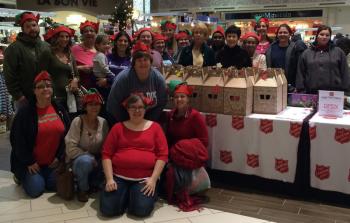 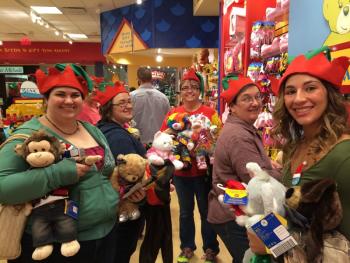 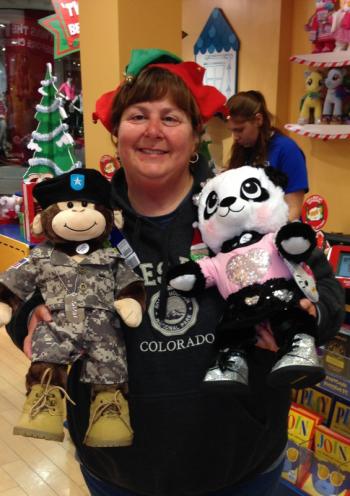 Jenny Guidry shares her special Christmas story about family and friends coming together to give gifts to needy children.
Breaux Bridge – Every year I go to the Salvation Army Angel tree and pick a boy and a girl to buy for. And every year after just before Christmas I would see all the paper angels that were left behind that no one picked up. Then I would go to our family Christmas and see the over abundance of toys my nieces and nephew would receive.
If you have children around for Christmas, you know what I mean by over abundance. It’s insane how much we spend on them.
The catalyst for the Build-A-Bear event came to me last Christmas while waiting in line to take pictures with Santa. I had just bought my niece an animal at Build-A-Bear and purchased an extra one as an extra Christmas gift. On a whim, I took the bear, leaned over the railing and asked the Salvation Army volunteers if they take lagniappe gifts. And they were more than happy to take it.
Fast forward to May 2013. I called and asked the Salvation Army if it would be OK to make some animals and donate a few to the tree as extra. The gentleman I spoke to said it would be fantastic! They had a number of children who hadn’t received any gifts because they hadn’t received enough donations.
I booked the party with Build-A-Bear and let a few of my close friends and my family know that, instead of exchanging gifts this year, could we just spend it on the event. I decided to open an event page on Facebook and let my friends invite people as well.
Twenty-seven of us met at 10:45 a.m. on Sunday Dec. 8 at the food court in the Acadiana Mall. We donned our Elf Hats and spent the next two hours making animals and having a blast! I made sure that it was an adult only event. I wanted people who have never experienced Build-A-Bear for themselves to see what it means to the kids when they get to make little friends with their own personalities. They were like kids at Christmas! In all we created 45 bears for the tree!
At 1 p.m., I walked over to the Salvation Army Tree, which was around the corner from the actual workshop. I asked the Salvation Army office not to tell the volunteers we were coming. I wanted to surprise them.
I told the lady at the table that we had made a few bears and would it be OK to drop them off. She said Oh yes ma’am! We made a single file train from the workshop and started dropping them off two at a time. By the time we were finished, the table and the floor were covered in boxes. They were super excited and one volunteer was speechless.
After we left I had a few people donate their gift cards that they had purchased at the store. A friend and I went back and made two more bears and donated them to the Toys for Tots table at the mall as well.
So in all we made 47 animals for charity. It was an amazing and heartwarming experience to say the least. My family and friends that attended are the most generous and selfless people I have the honor of knowing.
Attending the event were Jennifer Guidry, Juanita Guidry, Kim Eddy, Stacey Willingham,
Chris Courville, Bianca Darville, Beulah Butler, Sandra Lasseigne, Toni Freeman, Brooke Lasseigne, Lanie Freeman, James Clark, Sandra Veazey, Celina Poole, Lynn Etheridge, Sandra Guillot, Richard Guillot, Emily Gibbons, Hailie Spears, Lauren Olivero, Gabi Foret, Ellie Foret, Charlene Guidry, Darlene Duplechien, Heather Duplechien, Angella Escoyne and Paulette Dore.