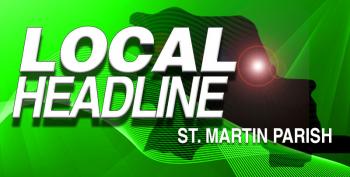 The Breaux Bridge City Council went behind closed doors Oct. 8 to discuss disciplinary action against Breaux Bridge Police Officer Travis Guillot.
Guillot is facing disciplinary action unrelated to the fatal shooting of Daraneisha Harris in December 2012. He was cleared of any criminal charges in that incident by a St. Martin grand jury in August.
In last month’s meeting the Council granted Guillot an opportunity to consult with an attorney before any formal action is taken in these new circumstances. The matter was then reset for consideration at the October meeting.
Upon returning from the executive session, city attorney Chester Cedars said that Guillot had retained an attorney only the day before and that in their preliminary discussions his attorney requested additional time to seek, through negotiations, a resolution of the matter prior to it going to a termination hearing.
Cedars noted that the disciplinary action under consideration relates to alleged misrepresentations by Guillot in the employment process.
The council agreed to postpone action until the November meeting and authorized Cedars to serve as the city’s attorney in the matter.
Later, Mayor Jack Dale Delhomme gave special recognition to the Breaux Bridge Volunteer Fire Department for its dedication and service to the city and outlying communities.
Founded in 1936, the all-volunteer department receives the same rigorous training as departments with paid personnel and, as the mayor pointed out, the Breaux Bridge department has been recognized throughout Acadiana as a first-rate firefighting unit.
In full-dress uniform roughly 12 firemen were present to receive the recognition. Assistant Fire Chief Johnny LeBlanc thanked those in attendance for their continued support and, on behalf of the department, pledged to maintain excellent service to the community.
LeBlanc noted that firefighters currently number around 25 and he requested that attendees urge potential firefighters to apply so that the department could reach an optimal force of between 35 to 40.
Teche Project director Kristen Kordecki provided an update on the progress made towards constructing trail heads at various locations along the Bayou Teche, including one at Parc des Ponts in Breaux Bridge.
Kordecki said that their group had written a grant proposal to the Federal Highway Commission and had worked closely with the University of Louisiana at Lafayette and the National Park Service to make the project a reality.
Kordecki was pleased to report that they received a $159,000 grant and have plans to complete a trail head at Parc des Ponts towards the end of 2014. She expects the bidding process to get started in January 2014 and that the use of solar panels in the facility is under serious consideration.
Finally, a presentation was made by a representative of AT&T requesting that the administration and council enter into an agreement whereby the city would lease to AT&T a 75- by 75-foot parcel of property in Parc Hardy to allow for the construction of a 185-foot cellular tower to enhance their 3G and 4G capacity in Breaux Bridge.
The lease period, as proposed, would be a five year term with four successive five year renewals. Under the agreement, AT&T would pay the city $1,200 per month for the first five years with a 10 percent increase to follow with each successive term.
Ordinance 2198 was added to the agenda and was approved to begin the administrative process. Adoption of the ordinance to approve the lease agreement is to be considered at the November council meeting.