The last of the red hot poppas 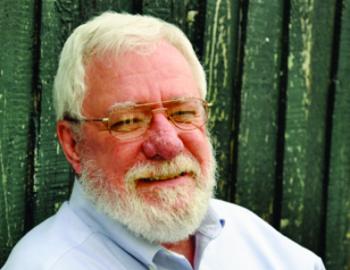 As political conventions grab headlines and campaign rhetoric moves into full fury, I am reminded of Gov. Earl Long’s remarks during one of his campaigns in the 1950s. He said there was no way his opponents could keep the promises they were making, and everyone should know they couldn’t.
In fact, he warned, voters should take his own promises with a grain of salt, because “I’m a gifted promiser, and a fair performer.”
In a book soon to be released (“Win the Race or Die Trying,” University Press of Mississippi), writer Jack McGuire claims Uncle Earl “was the best campaigning politician Louisiana ever produced.” I think that’s right; he was certainly one of the most colorful in those days when stump speeches in small towns were the backbone of a campaign.
Earl had plenty of practice. He ran for some office in every state election between 1933 and 1959, and was the first man in modern times to be elected Louisiana governor three times (1939 to 1940, 1948 to 1952, and 1956 to 1960). He was also lieutenant governor from 1936 to 1939. In those days, folks said, “If they tell you Ol’ Earl Long is dead, just call a governor’s race. If he don’t git up and run, he’s dead sure enough.”
In the end, Uncle Earl got up and ran one time too many. McGuire’s book focuses on Long’s last campaign, for Congress. He had a bad heart and was in generally poor health. Doctors warned that a hard campaign could kill him. He didn’t listen; politics was too much in his blood, and he thought he could win.
He and the doctors were both right. He won the election but died a week after the vote.
Somehow, it seemed an appropriate way for him to go. He’d spent all his adult life in the political spotlight, even when people said he was crazy and forced him into a state hospital. Crazy or not, he was still governor and a canny politician. He fired the head of the hospital, replaced the chairman of the state hospital board, and had himself released.
He was quickly back on the campaign trail, telling crowds of the farmers and rural folk who kept returning him to office, “If I was crazy then, I’ve been crazy since I was first elected, but that makes you crazy too, because you voted for me.”
It was typical Earl Long. He was loud, profane, hot-tempered, and pulled no punches. He was also unusually honest about his own chicanery:
“They say I don’t want voting machines,” he once said. “The only time I ever won an election in the first primary … was when we had voting machines. … If you have five commissioners all working together, they can play ‘Home Sweet Home’ on a voting machine.”
His sharpest barbs were always for the people running against him.
About opponent Sam Jones, he said: “I told some of my good preacher friends … and some of the fine Christian ladies supporting me that I wouldn’t say ‘hell’ and ‘damn’ and such words in my speeches. But you don’t know how it incapacitates a man to leave those words out when you have to discuss such slanderous, blackguarding outfits as the Jones gang.”
And he especially loved to ridicule New Orleans Mayor deLesepps Morrison, whom he regarded as a big-city dandy. One of his favorite routines was to imitate Morrison putting on a hairpiece and powdering his face for a TV appearance.
“I’d rather beat Morrison than eat any blackberry or huckleberry pie my Momma ever made,” he said. “Oh, how I’m praying for [him] to get in the race. I want him to roll up his fancy cuffs, get out his little tuppy [toupee], and make himself up. … Uncle Earl don’t need no tuppy. I’m happy with the hair God gave me.”
Alexandria attorney Camille Gravelle had been Long’s friend, but they parted far less than amicably during a political spat. Earl’s death, Gravelle said, closed “the amazing career of the most aggressive, determined, and resourceful man of politics ever known to Louisiana and perhaps in any other state. … [He was] either … a formidable foe or potent ally.”
Bill Dodd, who had been both friend and foe, said: “He had no formal speech training, but he was a great, forceful, and effective speaker. He had no … background in psychology, yet he practiced psychology in his political life, which was his whole life. He had no training in … economics or governmental administration, yet as governor he was an expert in both. … Other governors ... drew from their [education] and … business and political experiences to operate the governor’s office. But none of them surpassed old Earl in the politics of getting elected or handling the job after being elected.”
McGuire summarized it this way: “He was a better politician than his brother Huey. He was the best personal contact campaigner Louisiana ever produced, a rousing rough-and-tumble self-proclaimed Last of the Red Hot Poppas.”

A collection of Jim Bradshaw’s columns, “Cajuns and Other Characters,” is now available from Pelican Publishing. You can contact him at jimbradshaw4321@gmail.com or P.O. Box 1121, Washington LA 70589..