Scrimmages done, jamboree up next 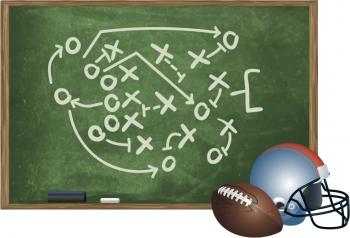 Although last week’s torrential rains kept parish football teams off the practice fields for much of the week, all three squads still managed to get in scrimmages on Friday as they prepare for this week’s jamboree and the opening of the regular season on Sept. 2.

BB vs ACADIANA
The Bridge faced a speedy and very talented squad of Acadiana Rams but coach Terry Martin was pleased with the overall performance of his team.
“They were big and fast,” Martin said Monday. “It rained on and off during our scrimmage but we moved the ball pretty well although our No. 1 unit didn’t score.”
The Tigers’ No. 1 defense played “pretty good” and allowed only one Ram score. “And we had a near interception that would have been returned for a touchdown,” Martin added.
The No. 2 units played Acadiana’s second squads to a 0-0 tie.
“Although it rained a bit during the scrimmage, we were fortunate to play on St. Martinville’s new artificial turf field,” Martin says. “Our field really would have been torn up if we had played there, so we’re very appreciative of St. Martinville’s hospitality.”
The Tigers came through last week’s practices and Friday’s scrimmage with no significant injuries.
Martin learned early Monday that his Tigers will face powerhouse Parkview Baptist in Friday’s opening jamboree game.
“Although they’ll be tough, I’d still play them rather than trying to prepare to play two different teams.”
The Bridge originally was set to play one half against St. Thomas More and another half against Comeaux.

CHS vs ERATH
The Bulldogs hosted Erath last Friday on a very soggy home field.
“You could say it went like just about every other scrimmage around the area,” commented coach Dennis Skains on Monday.
“There were some good points and a lot of bad ones. And the field was pretty soggy,” he added.
The ’Dogs were without their projected No. 1 running back Devin Briscoe who suffered a knee injury during practice on Aug. 15. “We’re still not certain just how bad it is,” said Skains. “We’ll get a better idea after another MRI later this week. We certainly missed him, because he can be a difference maker.”
Junior Kentrelle Jones filled in for Briscoe, along with projected starter Darius Fleneaugh. “Jones is very athletic and may see some playing time at running back if Briscoe can’t get back soon,” says Skains.
Junior QB Corey Williams was hot and cold in his first action. “Just like most of the team, he did some things well but also made some mistakes,” Skains observed.
A big concern to the Bulldog coach was the number of holding penalties against his offense. “Way too many,” he says.
Last week’s rains made it hard for the Bulldogs to get in much needed practice. But Skains points out, Erath probably had an even tougher week. “But they’ve got a really good kid at tailback who should really develop as the season progresses.”

SM vs TEURLINGS
St. Martinville coach Vincent Derouen was upbeat following his team’s scrimmage with Teurlings Catholic last Friday.
“We saw some good things,” he reports, “and a few not so good things. Our first units played to a 12-12 tie.”
As strictly a precaution, Derouen held starting quarterback Jared Davis out of the scrimmage and sophomore Markavon Williams did a good job of filling in.
“Our biggest problem,” he says, “was that our veteran receivers dropped way too many balls. But our offensive line put on an impressive showing.”
Defensively, Derouen said his Tigers just didn’t tackle very well.