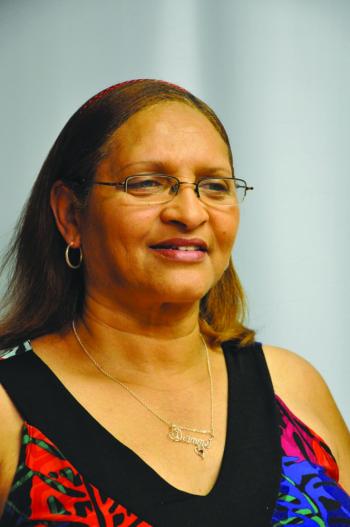 Dianne Alexander has gone from being a witness for the prosecution to a witness for Christ.
Alexander’s accusing finger during Baton Rouge serial killer Derrick Todd Lee’s trial for the murder of Geralyn De Soto captured the attention of the jury. “I did not forget your face,” she told Lee from the witness stand.
Severely beaten in a 2002 attempted rape, Alexander is the only known victim to survive Lee’s five-year killing spree.
And while the event changed her life – she’s become an author, for one thing – it did not bring her to God. That happened years earlier, she said.
It was her faith, already strong, that got her through the ordeal.
“My mind stayed on the Lord, although turmoil surrounded me,” she writes. “I had an unbelievable sense of peace, as if the presence of God was there.”
Alexander says she was born again in Christ in 1985.
She was a nurse living near Breaux Bridge, home alone on July 9, 2002, getting ready for the 3-11 shift at the hospital, when a stranger showed up at her door asking for directions.
Lee barged into the home when he realized she was there alone. And when he was unable to rape her, he beat her brutally, and tried to choke her with the power cord of her teenage son’s computer.
It was her son driving up from school and frightening Lee off that saved her.
Documented in her book, “Divine Justice,” is not only the harrowing tale of her brush with death but also how she came to forgive her attacker.
The feedback has been rewarding, she said.
“A young woman called me and said ‘I had a problem forgiving someone over a few words and you were able to forgive him.’ It’s touching many people’s hearts,”
The book is available on Amazon.com, at local bookstores, and on Kindle as an e-book.
Alexander will appear in person to sign books at Buck and Johnny’s in Breaux Bridge from 10 a.m. to 1 p.m. on Saturday, June 7, and at Barnes & Noble in Lafayette 2-4 p.m. Saturday, June 28.