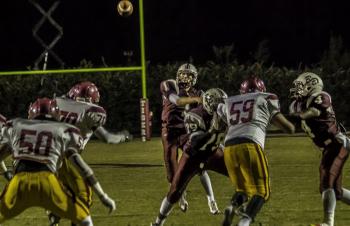 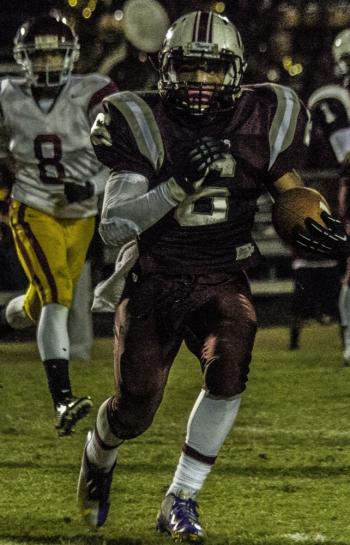 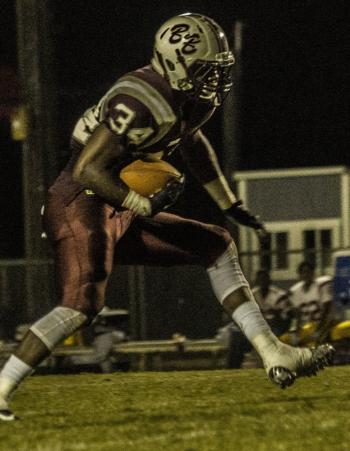 Breaux Bridge used its smothering defense to hold Tara scoreless and senior quarterback Lane Landry was deadly through the air as the Tigers notched a 35-0 win over the Trojans in the first round of the state Class 4A playoffs last Friday.

Tara (5-5) managed only 64 yards total offense for the night while Landry threw four touchdown passes as the Tigers improved to 7-3 for the season and advanced to the regional round of the playoffs.

The Bridge also mounted a punishing ground attack, with juniors Marquis Domonter and Edward Batiste accounting for 170 yards on a combined 29 carries.

The Tigers wasted little time lighting up the scoreboard as Joseph Williams returned the opening kickoff 38 yards to just inside Trojan territory. Batiste got things going with a 15-yard carry but the drive seemed stalled after a holding penalty set BB back to the 17. That’s when Landry connected for his first TD toss, hitting Marquis Demonter for the score just three minutes into the contest. Michael Vincent added the first of his five PATs.

Tara managed one first down but then turned the ball over on downs at the BB 38.

Landry passed to Javeyan Williams for 10 yards to move the Tigers into Trojan territory and Batiste rumbled 16 yards for a first down at the 16. Landry got his second TD pass with a toss to Williams, capping the 62-yard, 7-play drive near the end of the first period.

Things went really bad for the visitors when they fumbled the ensuing kickoff and Tiger Brandon Toussaint recovered near midfield.

Three consecutive carries by Demonter moved the ball to the THS 37 and Nick Belaire took a pass from Landry 15 yards to the 24.

Once again it appeared the Tigers might squander a scoring opportunity after Batiste was stopped for a 4-yard loss and Landry lost 10 on a sack. But facing a 4th-and-17 at the 30, Landry went to his top receiver and Babineaux hauled in the pass for his second touchdown and the Tigers held a 21-0 lead at intermission.

Tara went 3-and-out on its first possession of the second half and Breaux Bridge took over at its 41.

Batiste opened the drive with a 30-yard burst. On the next play the Tigers were flagged for holding and two plays later lost five to a procedure penalty, setting up 4th-and-13 at the 29. Landry again teamed up with Babineaux for a 29-yard pickup and a first down at the Tara five. Two plays later Demonter muscled his way in from the one for the TD four minutes into the third period.

The Tigers struck again midway through the peirod on a 48-yard ramble by Demonter, but the score was nullified by a holding penalty.

Six plays later Breaux Bridge capped the drive with a 13-yard Landry-to-Batiste pass to wrap up the scoring with 4:07 still to play in the third quarter.

The Tigers got the ball right back when defensive back Joseph Williams picked off a Tara pass.

Coach Paul Broussard then began sending in his reserves to finish up the game.

The Trojans did manage a threat late in the contest, driving all the way to the BB three before running out of time.

Babineaux finished with four catches for 86 yards and two TDs to lead the Tiger receiving corps. Landry had 10 completions on 17 attempts with no interceptions for 149 yards.

The Bridge travels to DeQuincy Friday to challenge the 10-1 District 3-4A champion Dragons.