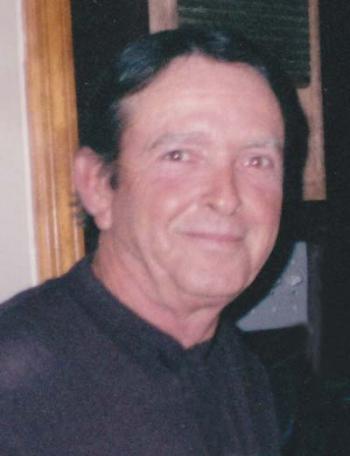 Breaux Bridge – A Funeral Service was held at 10 a.m. on Saturday, June 18, 2016, at Pellerin Funeral Home Chapel for Kenneth James Thibodeaux “Half-pint,” 64, who passed away on Wednesday, June 15, 2016.
Visiting hours were observed at the funeral home from 3 p.m. until 9 p.m. on Friday and continued on Saturday at 8 a.m. until 9:30 a.m.
The rosary was recited by Clifford Hebert at 6 p.m. Friday.
Father Joseph Campion, Pastor of St. Francis of Assisi Catholic Church in Breaux Bridge, officiated at the funeral service. Readers were Jamie Dalene Murrell and Nicole Picard Blanchard. A graveside burial followed at St. Bernard Cemetery No. 2 in Breaux Bridge.
Half-pint was known for his timeless words of wisdom and he made friends everywhere he went. His family always said that he should have been a politician or a comedian. He enjoyed gardening and yard work.  He could be found most often cooking in his outdoor kitchen, while watching the horse races or western movies.
His greatest passion since childhood was working with thoroughbred horses. He was a people person and enjoyed visiting with family and lifelong friends. He was a longtime member and faithful attendee of a men’s supper club. His kindness and gentle soul enriched all who knew him. He will be sadly and sorely missed by his loving family.
He is survived by his wife, Deborah Rogers Thibodeaux; his son, Stacey Thibodeaux and companion Danielle Courville; his daughter, Melissa (Quentin) Quebedeaux; his sister, Priscilla (Ralph) Breaux; and his grandchildren, Brylee Thibodeaux, Ava Thibodeaux and Colton Quebedeaux.
He was preceded in death by his parents, Lee and Luna Castex Thibodeaux.
Pallbearers were Brylee Thibodeaux, Glenn “Tosco” Patin, Norman Tauzin, Ralph Breaux, Jerry Webb and Quentin Quebedeaux.
Honorary pallbearers were Raymond Broussard, Colton Quebedeaux and Keith Thibodeaux.
Pellerin Funeral Home os Breaux Bridge was in charge of arrangements.
To view on-line obituary, sign guestbook and view video tribute, go to www.pellerinfuneralhome.com.