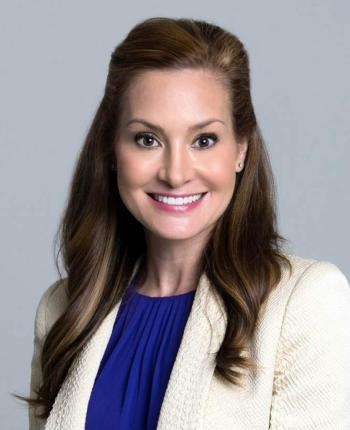 With unanimous votes all around, the Louisiana Legislature curbed the practice of private corporations spending hundreds of millions in state-backed bond proceeds on construction projects without public scrutiny.
HB 1160 by freshman state Rep. Paula Davis, R-Baton Rouge, would impose specific requirements of transparency on “nonprofit corporations that support the Louisiana Community and Technical College System.” The principal target of the legislation is the LCTCS Facilities Corporation, which is building a $9.2 million campus at St. Martinville.
The LCTCS Facilities Corporation grew out of 2007 legislation authorizing the issuance of some $198 million in state revenue bonds for construction and renovation projects around the state, including the new Evangeline Campus of South Louisiana Community College. The bonding power was increased by another $288 million in 2013.
Davis, a Breaux Bridge native, became involved when her brother, Frank Pellerin, president of Pellerin Life Insurance Co., responded to a request by SLCC for a donation of land for the new campus. When SLCC deemed the school’s current site in St. Martinville inadequate and no offer of free land in or around St. Martinville was immediately forthcoming, Pellerin offered a tract near his company’s headquarters in Breaux Bridge.
He was perplexed when the facilities corporation picked a newly offered site at St. Martinville that was clearly less well-suited under a long and exacting list of criteria.
Pellerin asked his brother-in-law, Baton Rouge attorney John B. Davis (Paula Davis’s husband), to look into the matter. In correspondence to John Davis, the corporation’s lawyer stated that LCTCS Facilities Corporation is not a public entity and “...the Corporation has the right to select whatever property it deems appropriate without compliance to any law applicable to public entities.”
Which included bidding out projects and submitting to open records law.
Under HB 1160, the corporation is required to note on the LCTCS website any conflict of interest between its board members and “contracting parties,” and to prevent any member with a conflict from attending meetings and voting on issues pertaining to the project in question.
It also provides that the board must publish its “selection criteria” for selecting contractors, although it is still not required to select the lowest responsive bid.
The bill would require the board to hold a public hearing at the outset of each project, and to seek bids through the competitive bidding process.
It passed the House of Representatives 84-0, and last Thursday cleared the Senate 36-0. On Friday, the House, 97-0 concurred in Senate amendments.
One Senate amendment makes requirements for public hearings and requests for proposals subject to projects in excess of $50,000 only. The other requires that the facilities corporations make information available “consistent with the Public Records Law rather than in response to a records request made pursuant to such law.”