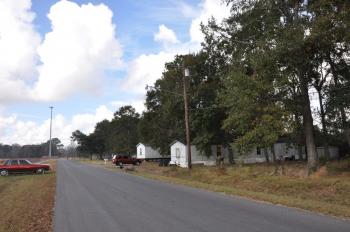 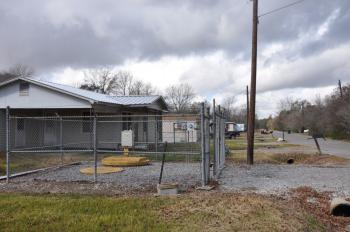 $300,000 in state grant money to be applied to long-standing problem
ST. MARTINVILLE

Sewer problems stretching back decades, even generations, could see some resolution with the dawn of 2014.

The City Council Monday gave Mayor Thomas Nelson the green light to engage Dubroc Engineering, Inc., the city’s contract engineering firm, to put in motion a project to improve service down Isadore Street and beef up the lift station on Pratt Drive in St. Martinville’s lower west side.

The area, consisting of mostly older and lower-income residences, has been ill-served – in some cases not served at all – for years.

Nelson, who knows his way around Baton Rouge, has managed to eke out some $300,000 in state capital outlay funding for the repairs.

The plans must meet the approval of state Facility Planning and Control, and some local matching funds might be required, but engineer Mark Dubroc told the council Monday he expects to call for bids on the project in January or February.

St. Martinville, which dates back to the early French settlers, has sewer pipes literally a century old, subject to corrosion and collapse.

On a related topic, Dubroc reported that the latest environmental audit of the city’s wastewater collection and treatment system was vastly improved over the previous report in 2008. The city received 23 points out of a possible 560 where the lower the number the better. In 2008 it was around 150 points.

“This is an excellent number, very low,” Dubroc said.

The City of St. Martinville had been battling the U.S. Environmental Protection Agency over the effectiveness of its sewage treatment system, finally reaching an accord with a method using adjacent swamplands to filter partially treated effluent.

In other action, the council approved the request of the New Comers Social and Civic Club to hold its annual Mardi Gras Parade on Sunday, March 2.

The mayor noted that the parade, which draws tens of thousands of visitors to the city, has been a model of security and efficiency the past two years.