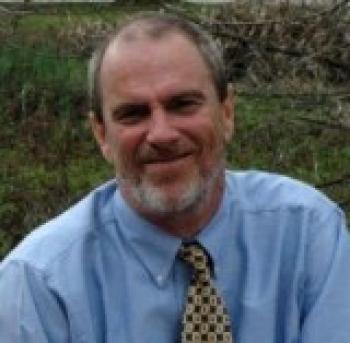 D. Phil Turnipseed, former director of the USGS National Wetlands Research Center here, has been elected to the American Academy of Water Resources Engineers (AAWRE) Board of Trustees.
Turnipseed, who lives in Breaux Bridge, is currently science advisor for water programs at the U.S. Geological Survey’s Southeast Region, Norcross, Ga.
He is married to the former Cynthia Anne LeBlanc of Cecila and is a graduate of the LSU School of Civil Engineering and has specialized in hydrology and open-channel hydraulics.
“It is a noteworthy and tremendous privilege to serve on the American Academy of Water Resources Engineers (AAWRE) Board of Trustees,” Turnipseed said.
“As a founding member of the AAWRE, I have strongly believed in its mission to raise the bar of excellence in water resources engineering. With almost 27 years of experience in hydrology and hydraulic engineering, I look forward to helping the Academy to fulfill the vision of becoming a world leader in water resources engineering. It is our responsibility as water resources engineers to continuously strive to enhance hydrologic and hydraulic engineering principles in the world for safety, protection of life and property, well-being of its population and sustainability of the world’s treasure of water.”
Turnipseed’s duties as science advisor for water programs include researching problematic surface water hydrology and hydraulic issues in the USGS’s Southeast Region. The area has water science centers in Arkansas, Louisiana, Mississippi, Alabama, Tennessee, Georgia, North and South Carolina, Florida and the Caribbean.
Previously, Turnipseed served as the principal USGS liaison to the U.S. Army Corps of Engineers, the National Oceanic and Atmospheric Administration, the International Joint Commission, and the Environment Canada Ministry.
He began his USGS career in 1987 as a civil engineer working in hydraulic bridge design in cooperation with the Mississippi Department of Transportation. In his more than 29 years of federal service, Turnipseed has worked at USGS science centers in Mississippi, Texas, Virginia, and Louisiana conducting a wide array of hydrologic and hydraulic research, hydrologic monitoring design and construction, ecosystem research and geospatial analysis. He has authored or co-authored over 80 peer-reviewed reports, posters and scientific papers.
He was awarded the Department of the Interior Superior Service Award (2006) and the USGS WRD Unit Award for Excellence for his service and contributions.