Keep the party off the road this holiday season 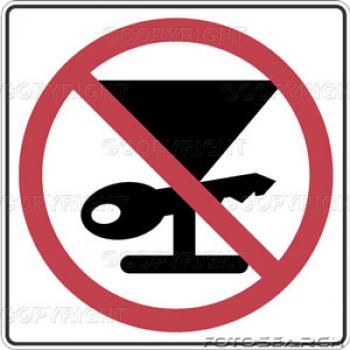 Shelia Landry of St. Martin Parish Safe Community, a program of the Louisiana Highway Safety Commission, reminds you to “keep the party off the road” this holiday season.

“Drunk driving is a killer on the roads all year round, but data shows that the tradition of celebrating the holidays with alcohol leads to an increase of traffic crashes and resulting deaths and injuries,” Landry says.
From Friday, Dec. 13, through Jan. 1, 2014, state and local law enforcement will be out in force cracking down on drunk drivers.

Nationwide, the holiday season is a particularly deadly time due to the high number of drunk drivers on the roads. In 2011, 760 people lost their lives as a result of drunk-driving-related crashes during the month of December.
During the Decembers from 2007 to 2011 there were 4,169 people killed in crashes that involved drivers with a blood alcohol concentrations of .08 grams per deciliter or higher.

According to the National Highway Traffic Safety Administration, 32,367 people were killed in motor vehicle traffic crashes in 2011, and 31 percent (9,878) of those fatalities occurred in drunk-driving-related crashes.

The legal and financial costs of driving while impaired can be significant. Drunk-driving violators often face jail time, the loss of their driver licenses, higher insurance rates, and dozens of other unanticipated expenses ranging from attorney fees, court costs, car towing and repairs, and lost wages due to time off from work.

Refusing to take a breath test in many jurisdictions results in immediate arrest, the loss of your driver’s license on the spot and the impoundment of your vehicle.

Even one drink can impair your judgment and increase the risk of getting arrested for driving drunk – or worse, the risk of having a crash while driving.

The obvious solutions bear repeating: If you will be drinking, do not plan on driving, designate a sober driver before the party begins. Or call a taxi, phone a sober friend or family member.

Do not let someone you know who has been drinking get behind the wheel. And if you see an impaired driver on the road, contact law enforcement. Your actions may save someone’s life, and inaction could cost a life.

“Drive sober or get pulled over!” says Landry.