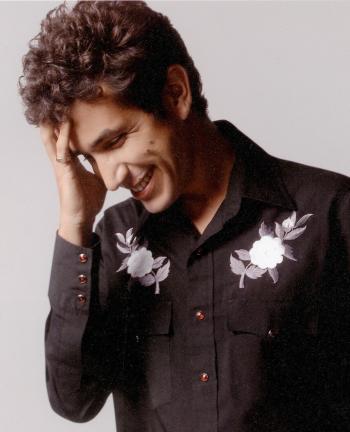 A.J. Croce began his career at age 18 opening for B.B. King and has since spanned genres from jazz to Americana to blues to pop. Croce has written with artists including Robert Earl Keen, Gary Nicholson, Roger Brown an Will Jennings, headlined festivals and shared the stage with artists including Ray Charles, James Brown, Lyle Lovett, and Rod Stewart. Additionally, Croce has performed for Leno, Letterman, Conan and Austin City Limits and received praise from The New York Times, Rolling Stone, and People Magazine and more.

Now it’s my turn to reap much-deserved praise on this amazing artist!

His latest project, Twelve Tales, seems to be his most ambitious effort to date. After the first listen, I realized that this man has a great album on his hands. The album’s 12 songs were recorded with illustrious producers over the course of a year, including some of Cowboy Jack Clement’s final sessions before he passed last August and a co-written song with Leon Russell, “Rollin’ On” (fantastic song).

“Twelve Tales is like a cohesive collection of six 45s,” Croce says.

He traveled to record the album in five cities across the country, allowing each producer to select two new songs to record. The result is a masterpiece!

Croce brings it on his new record. I grew up listening to and relating to the music of his famous dad. Now, I can wrap my brain around A.J. Croce’s music. Ladies and gentlemen, go get this one! Outstanding record!