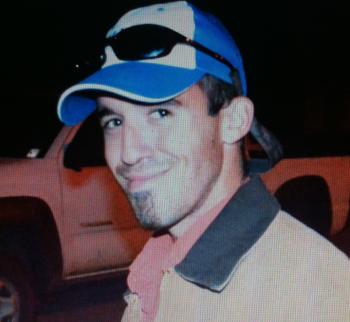 On March 17, 1988, Jessie was born to Sandra Bertrand and DeWayne Patin. He passed away on Friday, September 19, 2014. A Mass was held on Saturday, September 27th.
Jessie was an avid outdoorsman who enjoyed hunting, fishing and all things involving nature, especially sitting at Lake Martin. He enjoyed spending time with family and friends and loved his job as operator supervisor at OIL (oilfield innovators limited) where his co-workers instantly became his family. More than anything in the world he loved being a father and as he would tell his daughter every day “he loves her to the moon and back!” After a nine month battle with cancer Jessie still had a message for all, “love one another” and “never give up”.
He is survived by his fiancé, Tara Parsons, daughter Kailey Patin; mother, Sandra Bertrand; father, DeWayne Patin; sister, Amanda Poirier and husband Rodney (T-Rod); nephew, Daylon Poirier; niece, Katy Poirier; maternal grandparents, Willie (Billy) and Rebecca (Becky) Bertrand; paternal grandparents, Earl and Agnes B. Patin; and also numerous aunts, uncles and cousins.
He was proceeded in death by his cousin, David P. Keller; and his best friend, Jeremy (Popcorn) Rebert.
Syrie funeral home was in charge of arraignments.