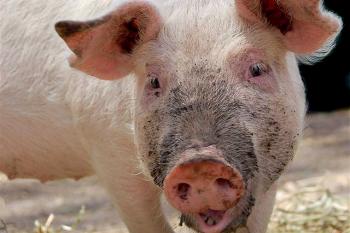 In the June 6 city council meeting, Dana Dugas, speaking for the Main Street Association, pledged more than $17,000 from the Grande Boucherie Association account for construction of the permanent stage at the St. Martinville Festival Grounds.
The funds are pledged in exchange for naming rights for the stage. The “Grande Boucherie Stage,” Dugas said, will commemorate the 50 years that the Grand Boucherie was held in St. Martinville.
Danielle Fontenette, curator of the African American Heritage Museum, told the Teche News that boucherie would be observed in some fashion but would not go on as a major festival.
Weather problems have plagued the event for the past few years and attendance has declined steadily. Management of the festival has passed through a number of organizations, but it appears that time has run out for the traditional Cajun celebration.
On the subject of the Festival Grounds, Mayor Thomas Nelson and council members discussed the need to move forward on a master plan for the entire area of the old Talley property.
The largely open area north of the square has been in need of a comprehensive plan since it was taken over by the city 20 years ago. District 1 Councilman Mike Fuselier said that three preliminary designs for the area have been drawn, but decisions need to be made concerning the private-public mix of uses that would best serve St. Martinville.
District 2 Councilman Craig Prosper suggested that the city should be able to use the three preliminary plans to make the decisions needed to proceed with early work such as the planned permanent stage at the festival grounds. Prosper suggested that public meetings should be held to get input on long-range plans.
In other business, Randi Landry, from the American Cancer Society, was given permission to hold its “Relay for Life” at Magnolia Park. The family-oriented event will be held in the pavilion on Saturday, Oct. 15 from 4 p.m. to 10 p.m.
Also, Jamie Castille of the Kiwanis Club received permission to sell alcohol at the Pepper Festival Extravaganza on Aug. 20 at the Woodmen of the World Hall. The council also gave permission for the Kiwanis to hold the annual Pepper Festival, with alcohol sales, at the Festival Grounds on Sept. 16 and 17.
Finally, Saturday, June 25th was designated Evangeline Volunteer Fire Department Appreciation Day. Councilman Fuselier said that he was looking for organizations to help plan a family day event for the occasion. He pointed out that the fire department has been very busy this year and richly deserve the recognition.