A JOHN WAYNE KIND OF SHERIFF 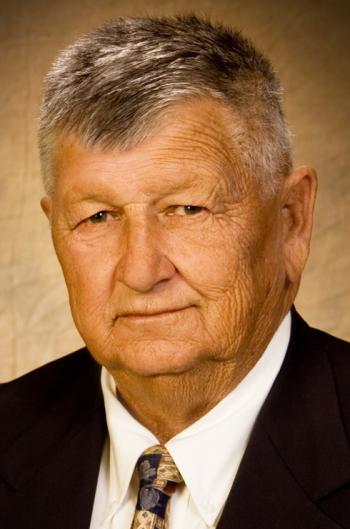 It could be argued that despite racking up an impressive list of law enforcement firsts for St. Martin Parish, being named National Sheriff of the Year in 1996, that Charles Auguste Fuselier’s finest hour came in December 1999 when he single-handedly and in very John Wayne style prevented the complete overrun of the parish jail by rioting prisoners.
Ironically, the jail – which someone has called every sheriff’s Achilles’ heel – cast a shadow over his resignation in February 2003. With a history of heart problems and a diagnosis of prostate cancer, Fuselier said he wasn’t up to the rigors of an election. But also looming was a federal lawsuit and possibly a federal investigation stemming from the alleged mistreatment of prisoners in the parish jail.
He was then 60 years old and had served as St. Martin’s sheriff for 23 years.
Charles Auguste Fuselier died Easter Sunday on a leisure trip to Texas. He was 73.
Fuselier was the son of another well-regarded sheriff, Charles J. Fuselier, who served from 1964 to 1979. He was a civil engineer by training. A big, tough man, he played football at then USL. He was an outdoorsman, a cattleman, a horseman, a contractor, a businessman, a Rotarian.
When his father died in office in 1979, Charles Auguste ran for the succeeding term and thus began his long and distinguished career in law enforcement.
Fuselier systematically modernized the St. Martin Sheriff’s Office. He oversaw the new Law Enforcement Center, expanded to the substation in Breaux Bridge. He formed the first national organization to deal with the issues of the elderly within a law enforcement context. He fostered the use of programs like 911, DARE, reserve deputies, specialised marine units. He extended his influence through state and national law enforcement organizations.
With his business acumen, Fuselier saw a way to make inmates productive members of the community. He established a maintenance shop and provided skilled trusty labor to the parish. Unskilled, too. They cut the grass on public thoroughfares, picked up litter.
He started housing first state prisoners then federal detainees at a profit, using the proceeds to enhance services.
In December 1999, five Cuban detainees took the warden and several deputies hostage. They tried to block a metal door and expand their control over the rest of the prison, but Fuselier, with brute strength, kept the door from being jammed shut, receiving a gash on the forehead in the process. The hostage standoff was soon resolved without further violence.
It was an act of courage, determination and strength befitting a big, tough, John Wayne kind of guy.