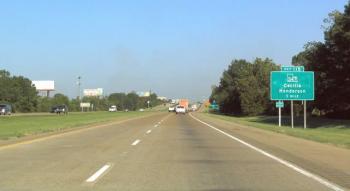 Settlement of the Henderson annexation suit came close to a reality. Proceeding to trial, however, seems to be the only thing both sides currently agree on.

According to parties on both sides, Henderson authorities agreed to cut out the Diesi brothers, along with the Breaux and Serrette families, plaintiffs in the annexation suit, from the proposed annexation, in exchange for dropping the lawsuit.

According to Henderson Mayor Sherbin Collette, “I thought we had a deal.”

Frankie Diesi confirmed that he was involved in the negotiations. “If they cut us out (of the annexation), we were willing to drop the suit.”

But the Nov. 1 deadline to finalize the deal came and went. Collette said that calls from Mike Hebert, Henderson’s attorney on the annexation, to Glenn Soileau, plaintiff’s attorney, remain unanswered. Soileau claims that his calls to Hebert remain unanswered.

The exact sticking point in the negotiations is not completely clear. Collette, however, said the subsequently to the settlement talks, Soileau sent a letter to town attorney Jerry Mallet requesting that the Holiday Inn Express also be excluded from the annexation.

Holiday Inn was not party to the lawsuit or the recent negotiations but contributed financially to the legal costs of opposing the annexation. Collette made it clear that he would not agree to excluding the Holiday Inn.

Both sides stated clearly that the “deal” was null and void and that they are preparing for trial.

Collette said that he was interested in ending the lawsuit due to the rising costs of litigation. He said he was particularly concerned about the costs of mounting a defense, including engaging experts. Litigation costs paid for the month of October alone were $27,863.03.