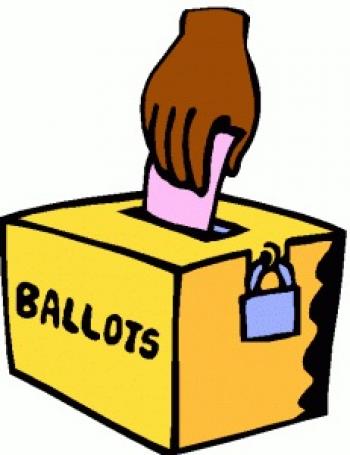 Early voting in Louisiana’s presidential preference primary March 5 continues through Saturday, Feb. 27.
Early voting will be Saturday, Feb. 20, through Saturday, Feb. 27, Sunday excluded.
Early voting locations are the registrar’s office in the New Courthouse Annex Building, 415 Saint Martin St., in St. Martinville, and the Sydnie Mae Durand Senior Citizen Center (Council on Aging building) at 391 Cannery Rd., Breaux Bridge. Voting hours are 8:30 a.m. to 6 p.m.
The last day to request absentee mail ballots is Tuesday, March 1. Ballots must be received by the registrar by Friday, March 4.
Only Democrats may vote in the Democrat primary and only Republicans may vote in the Republican primary. You can find out how you are currently registered by going to www.geauxvote.com or calling the St. Martin Parish Registrar of Voters at (337) 394-2204.
In addition to voting for a presidential nominee, voters will be selecting their party’s state and parish committee members.
And in the town of Henderson, voters will also be asked to pick the next police chief.
Qualifying for the office were incumbent chief Leroy Guidry, Joey J. “Hook” Huval, who ran against Guidry and others for chief in 2004 and 2008, and Oliver “Mack” Lloyd, a retired Henderson police officer who once served as Guidry’s assistant chief.
Henderson Mayor Sherbin Collette is unopposed, as are candidates for council Nita Latiolais Berard,
Judy Broussard, Bill LeGrand, Jody Meche, and William White. White and Berard are newcomers. Incumbents Samantha LeBlanc and Michael Theriot did not qualify for reelection.
The Henderson Town Council is elected at large, with the top five vote-getters taking the five seats.