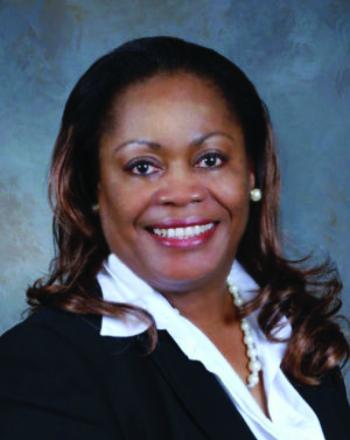 Anyone who voted early for Carolyn Deal for the District H seat on the 16 Judicial District Court has forfeited that vote, according to the of the Louisiana Secretary of State’s Elections Division.
Deal, a New Iberia lawyer, was ordered Friday, Oct. 24, to withdraw her candidacy by state District Judge Keith Comeaux.
The complaint against her, argued in court here by Assistant District Attorney Chester Cedars of St. Martin Parish, was that she did not meet the constitutional requirement that a candidate for the state district court bench have been a lawyer for at least eight years before qualifying to run for judge.
Deal qualified to run on Aug. 21, and, according to evidence presented in court, was admitted to the Louisiana Bar on Oct. 29, 2007. Effective today, Wednesday, Oct. 29, Deal had only reached her seventh anniversary as a lawyer.
In rebuttal, Deal told Comeaux that she believes the Louisiana Constitution only requires a judicial candidate to have been a lawyer within at least eight calendar years – in her case counting 2007 through 2014 for a total of eight.
She vowed to appeal.
Meanwhile, according to Meg Casper with the Secretary of State’s Office, it’s too late to remove Deal’s name from the ballot.
Notices of the situation will be placed at the 10 polling places where Judicial District H is on ballots, Casper said. Any further votes for Deal will also be discarded, she said.
Deal was running in one of two districts designed to increase the viability of minority candidates. In St. Martin Parish, voters in District G and H vote at the National Guard Armory in St. Martinville (Ward 1, Precinct 4 and part of Precinct 3, and Ward 3, part of Precinct 3); the Early Learning Center in St. Martinville (Ward 2, Precincts 1, 3 and 4); the St. Martin Parish School Board’s St. Martinville office (Ward 3, Precincts 1, 1A, 1B and 1C); the recreational building in Magnolia Park (Ward 3, part of Precinct 4, and Precincts 5 and 9); Parks Elementary School (Ward 3, part of Precinct 6); Parks Fire Station (Ward 4, parts of Precincts 1, 1A and 1B); the Parish Government building on Capritto-Forty Arpent Road (Ward 4, Precinct 3); the parish Fire Training Center at Ruth (Ward 6, Precincts 3, 3A and 3B); The Breaux Bridge Fire Department substation on Rees Street Extension (Ward 7, part of Precinct 1); and the Breaux Bridge Elementary gym (Ward 7, Precincts 2A and 2B and part of 3).
The 16th Judicial District covers the parishes of Iberia, St. Martin and St. Mary. Some voters in Iberia and St. Mary also vote for Districts G and H candidates.
With Deal out, the two remaining candidates in District H are Alisia Johnson Butler and Lori Landry, the incumbent.