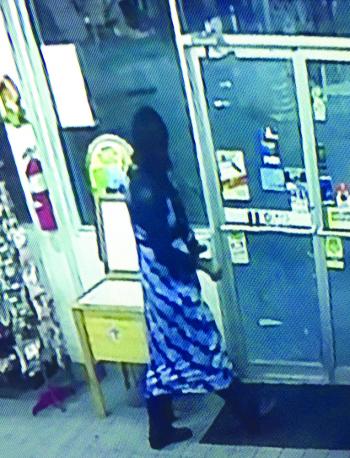 NOT DRESSED FOR A QUICK GETAWAY, yet SMSO detectives think that the suspect fled the robbery show in this security video on foot. An Arnaudville man was arrested several days later. (SMSO) 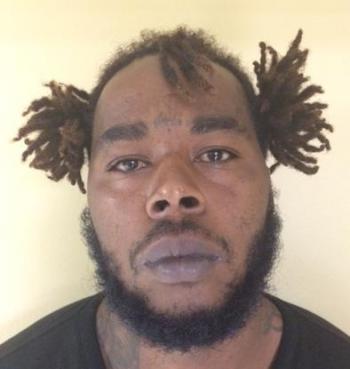 Detectives with the St. Martin Parish Sheriff’s Office believe they have identified and arrested the man who robbed a Henderson convenience store at knife-point on Sunday, May 29, while wearing a turquoise and white dress.
On June 2, Ronald Journet, 33, of Arnaudville, was booked into the St. Martin Parish Correctional Center on suspicion of armed robbery and possession of synthetic cannabinoids.
According to SMSO spokesperson Maj. Ginny Higgins, a black male entered Myer’s Quick Stop on Grandpoint Highway in Henderson shortly after 4 a.m., brandished a knife and robbed the clerk.
An eyewitness description and the store’s security video revealed that the suspect was wearing a black head wrap and a turquoise and white dress.
The cross-dressing bandit apparently fled the area on foot.