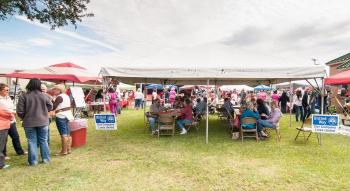 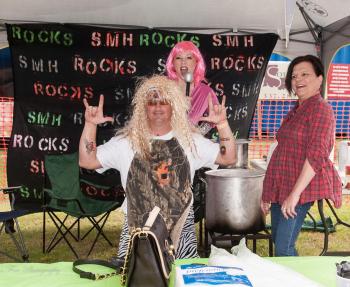 St. Martin Hospital, in concert with the United Way of Acadiana, went public this year with their third annual gumbo cook off held this past Frinday on the grounds of St. Martin parish’s only full service hospital.
The event, which in prior years was limited to teams drawn from within the hospital, drew chefs from Acadian Ambulance, the City of Breaux Bridge, the Breaux Bridge Chamber of Commerce, Buck and Johnny’s restaurant, Southwest Construction of Lafayette and Crawfish Town USA.
All together there were 17 teams, 10 of which represented various departments within the hospital, and 7 from the community at large.
An estimated 350 people attended and roughly $5,350 was raised for United Way with combined sales generated by the cook off and donations considered in the tally.
Taking first place among the community teams was Buck and Johnny’s while the Facility Maintenance team won top honors among the hospital teams.
The Inpatient Nursing team won the best decorated booth award and the People’s Choice award went to the City of Breaux Bridge.
St. Martin Hospital CEO Katie Hebert said that the event has grown with each successive year and she anticipates that it will become much larger as publicity and word of mouth spread the worthiness of the cause and the great fun and food to be had.