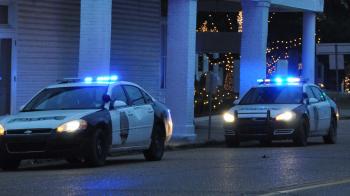 Suspect Charged With Flight From Officers - Bond Set At $500,000

On October 14, 2013 at approximately 11:30 a.m. Javien Demouchet, black male, 21 years of age, escaped from the St. Martin Parish Sheriff's Office while being processed on a warrant for failing to appear for Drug Court.  Later that afternoon Sheriff's officials received an anonymous call reporting a sighting of the suspect in the Church Street area of St. Martinville.  St. Martinville Police Officers responded to the call and upon seeing the suspect, he attempted to flee but was apprehended a short time later within a block of the initial sighting.

Dimouchet was taken into custody, without incident, by St. Martinville Police Officers and was booked into the St. Martin Parish Correctional Center.  Demouchet faces additional charges in connection with this incident and is currently being held on $500,000 bond.